There are many things that contribute to marine pollution across the globe, from general rubbish being dumped in the waterways and from ships, oil spills, sewage, toxic chemicals from industry, ocean mining, agricultural pesticides and fertilisers from land run off, sunken vessels and many more contributing factors.

Around 90% of the world’s goods are transported by ship. With so many cargo ships sailing the waters from one port to another, shipping cargo containers are also adding to the pollution of our oceans and seas.

Some Stats About Shipping Containers

It’s estimated that there are some 20 million shipping containers in the world that are actively transported from port to port.

Fortunately those numbers have reduced in recent years, with 2011 estimates placing the figures at anywhere from 2000 to 10,000 shipping containers lost at sea annually. 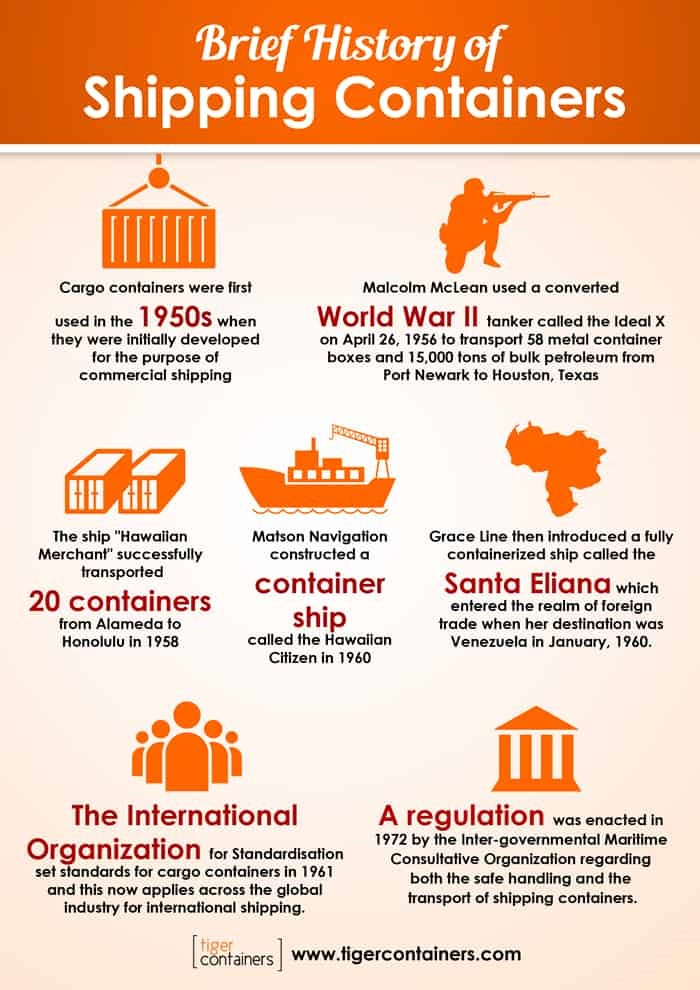 All sorts of goods, items, chemicals and personal effects are inside these containers. That’s a lot of debris ending up in the sea, and then there are the lost shipping containers themselves; huge hulks of steel that will corrode in the salt water, further adding to the pollution factor.

Many of the losses occur in waters around Southern China, Indonesia and the Philippines; regions that see a lot of ocean going traffic and can experience shipping bottlenecks in certain areas.

Some of the reasons for cargo container loss include:

The list goes on. There can be multiple causes of shipping containers going overboard and polluting our oceans and waterways.

Shipping containers are certainly not the be all and end all when it comes to water pollution, but they certainly add to the mix in a significant manner, simply due to their sheer size and volume of contents.

What Happens When Shipping Containers End Up In Our Oceans?

When an air tight container ends up in the drink, generally it will float, despite its enormous weight. All containers will have air trapped inside, no matter how tightly packed they are. Research demonstrates that the average air tight 20ft container can stay afloat for up to 57 days, while an air tight 40 footer can float for three times as long.

Imagine a container ship losing 50 of these behemoths into the sea in one go. That’s a lot of large, hard and dangerous debris floating around. Now imagine if another vessel comes along in the middle of the night and runs into a 20ft or 40ft steel shipping container packed with goods.

The results will be catastrophic, not to mention adding even more debris to the water.

Many containers stacked aboard cargo ships are nowhere near new. While a good quality used container should still have air tight seals, many containers that are being used on a daily basis won’t.

As soon as these used containers of a lower quality grade hit the ocean, they’ll fill up with water and sink. In some ways that might seem preferable to floating around as a hazard on the ocean surface, but a container that sinks and allows water into the interior will degrade a lot faster.

What we’re left with here is a potpourri of degradation. The container itself will corrode in the salt  water, and the contents of the container will permeate the waters over time. Eventually that cargo container is likely to open up, allowing much of its contents to end up floating around in the ocean.

Now, depending on what’s inside a particular shipping container, the results may just be some extra marine garbage, or they could be something far worse.

Some containers are transporting toxic chemicals, dangerous goods, explosives, pesticides and all sorts of damaging substances.

Imagine the environment surrounding the lost cargo container that’s housing any of the above. This almost certainly spells death for any marine creatures nearby, and if the container is lost anywhere near a shoreline, those toxic substances will also affect the land environment.

Is There a Solution To Shipping Container Marine Pollution?

Some of the circumstances that lead to shipping containers ending up in our seas might not be avoidable. An example being a sudden tropical storm that formed quickly and caught a cargo container ship totally unawares.

Piracy on the high seas is another scenario that the crew of a container ship might not have a lot of control over, except to beef up on board security.

In the bulleted list written earlier, suggesting possible reasons why shipping containers end up overboard, many of the circumstances are avoidable.

For example, containers ending up in the ocean due to improper stacking or not being sufficiently secured is an avoidable scenario when due diligence is applied.

The same can be said for improved ship maintenance, better navigation to avoid collisions or running aground, better crew training for avoiding and dealing with container ship fires.

Lost shipping containers certainly do add to marine pollution, but fortunately the statistics are dropping each year, so we look to be heading in the right direction at least.

Is Investing In Commercial property Still A Good Move In Australia?

Why Choose Industrial Grade Solar Bollards That Are made In Australia ?