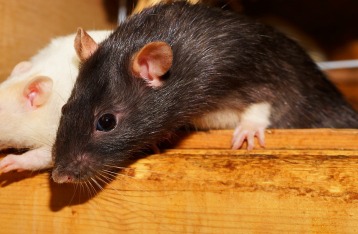 In this article, read up on the rat pest problem in New Zealand.

Having separated from other land masses more than 80 million years ago, New Zealand’s wildlife – in the absence of humans and other land mammals – evolved in isolation to create a unique biodiversity of flora and fauna.

It’s only in the mid-1200s that the first humans, of Polynesian ancestry, settled within the islands of the nation developing the Maori culture. Later the Polynesians were joined by their European counterparts who arrived in the latter parts of the 1700s.

The first land mammal predators introduced to New Zealand were dogs and Pacific rats which came with the Polynesians. The floodgates opened with the arrival of the Europeans who introduced a host of predators including possums, ferrets, stoats, hedgehogs, mice and more rats. These predators have since then wreaked havoc on the islands’ native species and forests by competing for food, de-foliating forests and outright feeding on native birds.

It’s estimated that about 26 million native birds (including Kiwis) get killed each year in New Zealand by these predators which costs the economy an estimated NZ$3.3bn annually. The destructiveness of these ‘foreign’ species is on such an immense scale that only about 5% of all native birds make it to adulthood.

While all predators introduced to New Zealand have had an adverse effect on the ecosystem of the islands, it’s by far the rats that have had the most profound impact as they are prolific breeders by nature. There are currently three rat species in New Zealand, all of which were introduced here. These are:

Rattus rattus or ‘the ship rat’. These are the most common rats in New Zealand and the smaller of the two rat species that hitched a ride with the Europeans. They feature a tail that’s longer than their body and large ears that cover their eyes when they are pushed forward. They’re widespread on three main Islands as well as many of the offshore islands.

Rattus norvegicus or ‘the Norway rat’. These are the second European-introduced species and feature a thick tail that’s shorter than their body. They also have smaller ears which don’t cover their eyes when pushed forward. They’re mostly found in urban areas but also exist in several offshore islands.

Rattus exulans or ‘Kiore’. Also known as the ‘Pacific’ or ‘Polynesian’ rat, these are slightly shorter than ship rats but are mostly similar in other physical appearances which cause the two species to be confused most of the time. Their cultural interest is recognized by the DOC as they hold spiritual and cultural value to some iwi Maori. Currently, they’re only found in the south of the South Island on the mainland and several offshore islands.

The threat of rats

Because they are omnivores, Kiore, Ship and Norway rats have a huge impact on New Zealand’s ecosystem. They eat birds, eggs (including those of birds), chicks, weta, fruit, lizards, snails, seeds, flowers and larvae. Their varied diet also puts them in direct competition with native wildlife for the now-scarce food resources.

Being good climbers, ship rats have access to many bird nests that are high up in trees which makes them a threat to the survival of birds in lowland podocarp-broadleaf forests where the species is widespread.

Norway rats, on the other hand, are big enough to kill adult seabirds that burrow-nest on offshore islands and eat their chicks and eggs.

The Kiore’s most significant impact is on larger flightless invertebrates that live on the ground such as weta and land snails as they feed on their eggs. They do also prey on other native species.

To deal with the problem of predators, the government of New Zealand with the support of the majority of the population initiated an ambitious plan in 2016 to rid the entire nation of all stoats, possums and rats. The environmental goal, due to its ambitiousness, has been compared to taking a man to the moon; but many are optimistic that the plan will work if properly implemented.

The government in conjunction with conservationists is currently using a combination of pest control methods to rid the islands of the current pest menace. They include 1080 aerial poison drops, ground baiting and trapping, and hunting of possums – who’s fur is used in the manufacture of winter clothing – by ground hunters.

Currently, there have been several successful anti-predator campaigns that have eradicated rodents as well as other predators on several offshore islands. These nature reserves have now become safe havens for many of the rare and endangered native species.

How can you help?

While conservationists have been successful in eradicating pests on numerous small islands whose landscapes are mostly covered by government-owned forests, repeating the feat on the main Islands which are huge in comparison and dotted by private homes and cities will be nothing short of a herculean task. Hence the need for wide public participation if the Predator-Free 2050 vision is to be realised.

As a private citizen, you can help the Predator-Free New Zealand initiative in the following ways: 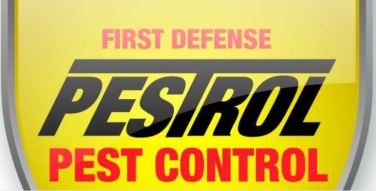 One thought on “Why Are Rats A Problem In New Zealand?”

Is Investing In Commercial property Still A Good Move In Australia?

Why Choose Industrial Grade Solar Bollards That Are made In Australia ?